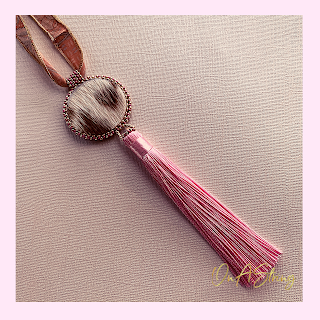 Right now, supporting small business in Australia is easy. The impact of COVID-19, and ‘staying at home’ has put the spotlight firmly on online shopping – the market place for many small businesses across the country. The difference between supporting a smallbusiness , often run from a spare room, kitchen table, or garage is often the more personal experience and unique products that you can find. It is a business built from that one person who has a passion for creating, and keen interest in providing a unique experience and product for the buyer. Buying jewellery in Australia  It can be an experience unlike what you get in store. The pieces are crafted by hand, be that beading , metal work, glass or polymer clay, are constructed using techniques the crafter has developed over time. Their intimate knowledge of their product and craft shines through in their finished product, and you know that you are getting a product that is a little bit of their soul every time. Cowgirl Pendant,
Post a Comment
Read more

Can you wear Statement Jewellery everyday? I say yes! 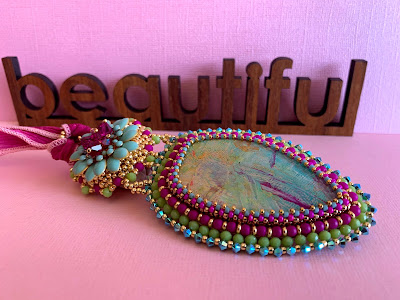 Statement jewellery can be defined as jewellery that is striking (as in bold colours or shape), large (as in size) or unique (as in unusual design). It can be a large, detailed and intricate statement necklace or pendant, bold and bright earrings, or a large colourful cuff style bracelet. Statement jewellery is not the ‘minimalist’ style – it is not fine or delicate. It is designed to make a statement with your outfit, to draw attention and to spark conversation. How to wear Statement Jewellery Whilst Hollywood movie stars wear statement pieces on the red carpet, you don’t have to wait for a special occasion, make statement jewellery the stand out piece in your everyday wear. It is an awesome way to add a much needed lift to an everyday outfit. Here are ten ways to wear statement jewellery: With a plain white t-shirt, simple jacket and pants, a statement pendant necklace stands out and brings life and colour to an otherwise monochrome outfit. Bold and bright earrings are on
Post a Comment
Read more

What tools do you need to make the perfect polymer clay earrings? 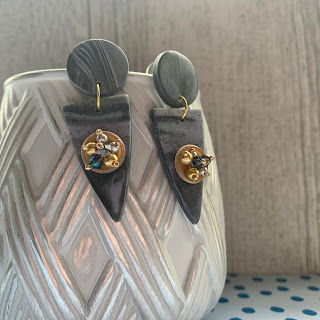 Polymer Clay is a medium that can easily be worked on in your home. It’s easy to buy little blocks of coloured clay, and mix it up into the perfect shade! Just the right thing for your next home hobby project. But if you don’t want to DIY, then the range of polymer clay earring s and pendants at On A String might be just right for you. Polymer Clay Earrings designed by Paula at On A String The tools you need are already in your house….. An oven An oven thermometer Rolling pins A ceramic tile Baking Paper Cookie Cutters Why do you need an oven? Polymer clay pieces are cured by baking at approximately 130 degrees, for between 30 and 40 minutes - and you can use your own oven to do it. Whilst some professionals will use a stand alone bench top oven, I’ve found that using my household oven is perfectly fine for making polymer clay earrings. I make sure that I use a tray to hold them that doesn’t have food items on it. I also use an oven thermometer to ensure I get cons
Post a Comment
Read more

What is beading used for? 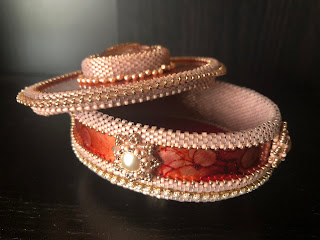 Beading has a long and colourful history – with archaeologists and historians noting beadwork in Europe dating back to a time with shells and animal bones here used as beads in necklaces. The glass bead makers of Murano in Italy were creating their spectacular pieces at the end of the 14 th century, and French beaded flowers were being made as early as the 16 th century. Beads have been used as a bartering and monetary system, and throughout many cultures, beads have decorated costumes, headwear, footwear and jewellery.  How did I start beading? About 15 years ago, I watched a friend make a pair of simple earrings, by simply stringing some beads onto wire, and then looping them to make earring wires. And I was literally hooked. My thirst for knowledge of this wonderful craft continues to this day, and is fuelled by my membership in groups such as the Bead Society of Victoria , and travelling to worldwide exhibitions such as the Bead and Button Show , which was held annually
Post a Comment
Read more 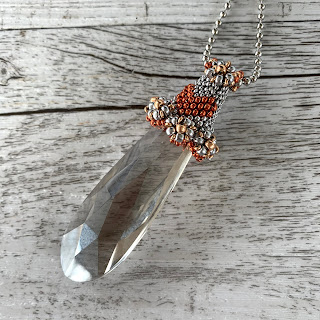 Whilst we wait patiently in Melbourne for the lifting of the latest round of restrictions as a result of COVID-19 and the worldwide pandemic, it has had some very positive outcomes for On A String. Beading in isolation has required me to think creatively about connecting to fellow beaders. Whilst we’ve been used to meeting in person, both at home and through beading events, this pandemic has caused beaders to look for new ways to connect and learn. It has borne a whole range of online workshops and new beading tutorials , which have helped to craft whilst at staying home. Zoom Workshops It’s been fabulous to schedule a whole of new workshops, using the space to share creativity and connect with beaders from all over the world. Using the power of technology, a simple phone camera and laptop, I’ve been teaching new designs and have loved having students from far and near join in. Working in partnership with Banjo’s Bead House to provide kits to potential students has meant tha
Post a Comment
Location: Melbourne VIC, Australia
Read more